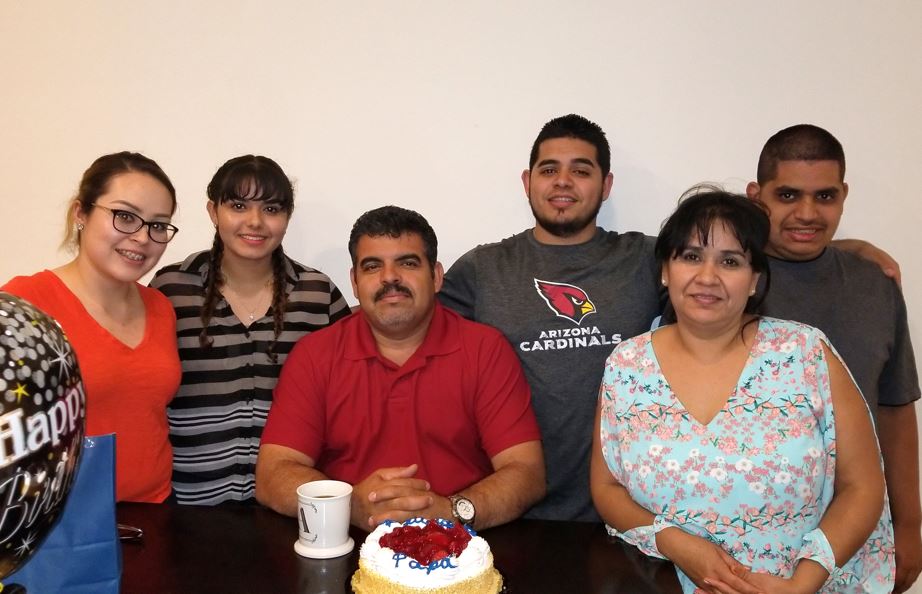 Abiezer Acosta is working toward a world where awareness of and respect for people of varying abilities is inherent — in communications, community, and business.

As a Comcast supervisor in Tucson, Abiezer discovered that other employees and leaders in the Comcast network shared his passion. With their collaboration, Acosta helped launch a Tucson committee of the MyAbilities Network, an Employee Resource Group (ERG) that advocates for People with Disabilities and champions a safe and disability-sensitive work environment at Comcast.

As Abiezer and his colleagues sought partners in the community, he connected with the Arizona Schools for the Deaf and Blind (ASDB). A few months later, the two groups were shoulder-to-shoulder with residents of the school, painting, repairing and beautifying the Tucson campus, and getting to know these unique members of the community.

We talked to Abiezer about his passion for raising disability awareness in Tucson.

Why are you passionate about disability awareness?

Abiezer: My brother lives with a disability, so my passion stems from supporting him. It is important to help people understand the needs and perspective of people with disabilities. It reminds people that we’re all imperfect. Not all of us have the ability to run or see, and it’s easy to take that for granted. When I expressed my interest in starting a local MyAbilities group, it was awesome to receive support from both my direct managers at Comcast and leaders in other departments. People I’ve never met have become friends as we’ve shared our experiences. Before I worked for Comcast, it was hard for me to talk about my brother and what he’s going through. My coworkers and leadership have given me a safe place to vent and express what I’m feeling. That has built me as a person, as a leader, and as a human being.

Tell us about the partnership with the Arizona Schools for the Deaf and Blind.

Abiezer: Comcast and ASDB have a shared enthusiasm and a shared commitment to the Tucson community. People want to know how people with disabilities learn and what helps them move forward. Our MyAbilities group hosts job fairs, community projects, and other events to try and accomplish this. On Comcast Cares Day 150 volunteers joined forces at the Tucson campus of ASDB alongside students with disabilities that live on the campus. Everyone was surprised at the power of that experience, and it was really cool to see.

What should people know who don’t work with people of varying abilities every day?

Abiezer: It’s really important that all companies, including Comcast, prioritize hiring people with disabilities. Comcast is already known as a top-employer for those with disabilities, and we continue to move in the right direction. By giving people space to share their experiences and learn about others, we can all build more understanding.

Learn more about the MyAbilities Network nationwide by following @MyAbilitiesERG.

At Comcast, we are working to bridge the digital divide for all southern Arizonans. We are excited to share that for the twelfth time in eight years, we are … END_OF_DOCUMENT_TOKEN_TO_BE_REPLACED