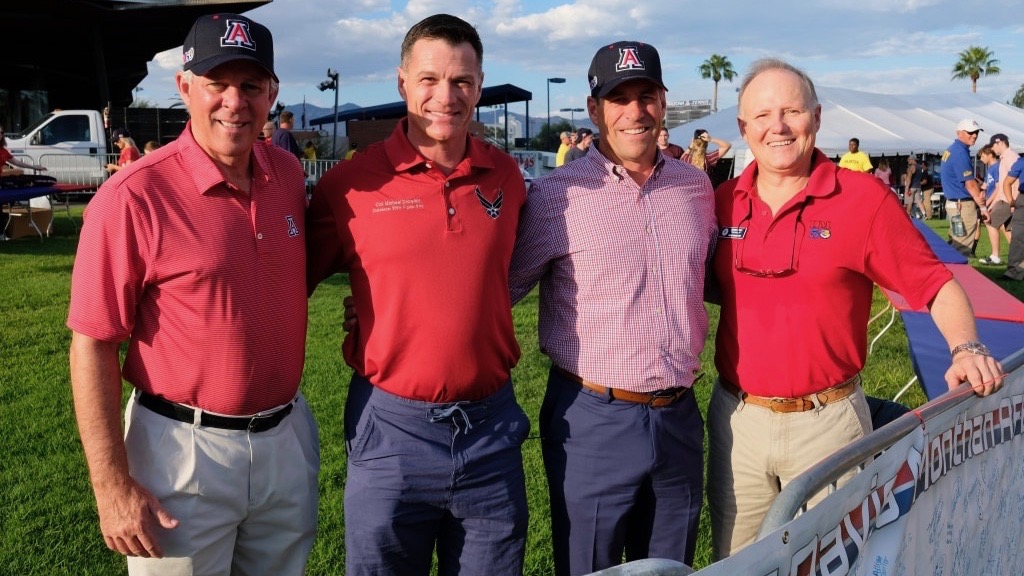 Comcast Arizona supports DM50, a nonprofit group of about 100 community leaders whose mission is to support the Davis-Monthan Air Force Base and its airmen.

Comcast’s tradition of hiring and supporting the military community began with our founder, World War II U.S. Navy veteran Ralph Roberts, and has continued to today.

DM50 and Comcast team up to support with various events for airmen and their families, such as the DM-Day Football Game and tailgate parties at University of Arizona football games, the DM50 Annual Picnic and Car Show, the Salute to Davis-Monthan celebrations, quarterly dinners for airmen living in dormitories and a Military Spouse Employment Initiative.

As part of their dedication to military families, DM50 members work with the airmen and the Family Resource Center on the Davis-Monthan base, which is another supportive operation for service members and their families. The resource center provides spousal employment, teaches life skills, and assists on a variety of other issues that some military families face.

“Not surprisingly, Comcast has been vital for veterans and military families in other ways, too. Comcast has been fundamental to increasing community awareness of and public service announcements for DM50’s initiative to employ military spouses,” said Chuck Durham, DM50 administrator.

“Military spouses have a higher unemployment rate because they move around so much,” Durham said, adding that DM50 is trying to bridge that gap.

Comcast has hired more than 15,000 members of the military community: Veterans, National Guard and Reserve members, and Military Spouses, across Comcast NBCUniversal since 2010.

DM50 has set up a website featuring more than 30 employers with links to their websites and is working on an initiative to ease the transfer of spouses’ licensure from other states so they can work in Arizona.

Comcast, which equally values the contributions, skills, and determination that veterans bring to businesses as evidenced by its continued commitment to hiring members of the military community, is among the major employers listed on DM50’s website as a potential employer of military spouses. At Comcast, we are working to bridge the digital divide for all southern Arizonans. We are excited to share that for the twelfth time in eight years, we are … END_OF_DOCUMENT_TOKEN_TO_BE_REPLACED