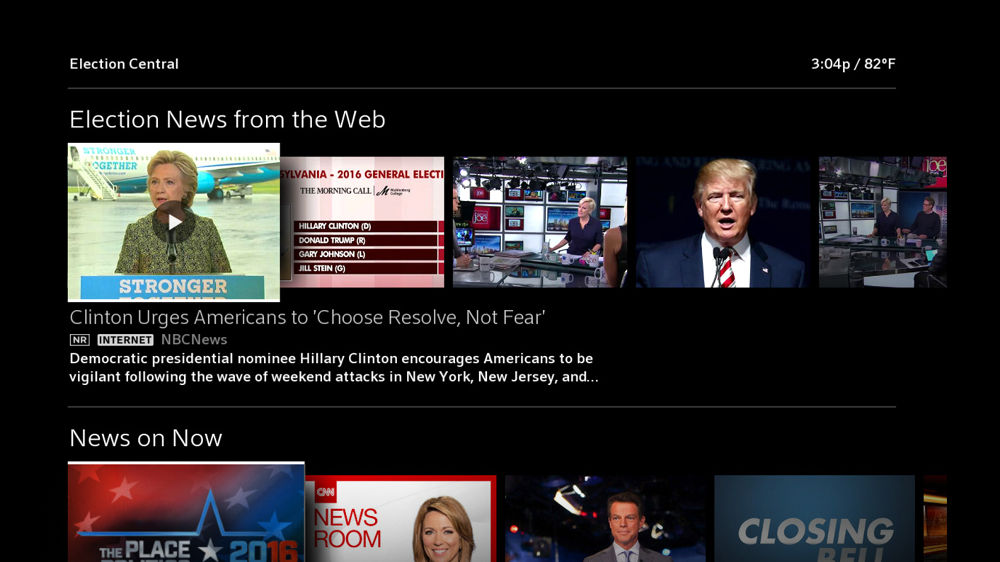 Industry’s First Integration with Vote.gov Enables Xfinity Customers to Request the Latest Voting Information In Their State Through Their TV

Since March, news viewership on Xfinity platforms is up 38% from the same time period last year, and today Xfinity is making it even easier for customers to stay informed this election season through Election Central, now available on X1 and Flex. Election Central helps customers access the latest information on voting in their state via their Xfinity Voice Remote and makes all the latest election news and happenings available in one place in both English and Spanish.

Additionally, X1 and Flex customers can say “How to vote” or “Cómo votar” into the Xfinity Voice Remote to find general voting information such as how to register, how to vote this year, and breakdowns of the key 2020 races. And for the first time, by selecting the tile that says “Voting Information” or “Información para votar,” customers will be able to enter their mobile number and  immediately receive a link to vote.gov, the official U.S. government voter information website with information on voting in their specific state.

However voters decide to consume news and information, Xfinity’s Election Central is the place to find the latest on daily 2020 election developments in the ever-changing race for the White House and other down-ballot elections.

At Comcast, we are working to bridge the digital divide for all southern Arizonans. We are excited to share that for the twelfth time in eight years, we are … END_OF_DOCUMENT_TOKEN_TO_BE_REPLACED